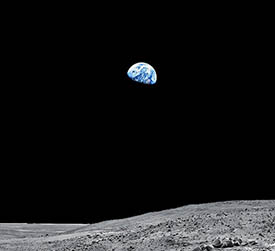 In September, SpaceX launched the first all civilian crew into space, and recently, William Shatner became the oldest person to visit space. With commercial space flights gaining momentum, what does the future of space tourism look like?

The future of space tourism follows closely behind the scientific and commercial demands of other sectors. NASA’s Artemis Program was planning to land the first human mission on the moon in 2024, but internal audits have suggested that 2025 is more realistic. In partnership with SpaceX and other private companies, the program will eventually establish a continual human presence both on the lunar surface and on a space station orbiting the Moon. China and Russia are also planning a joint project to establish a permanent moon base in the 2030s. The next steps may be to Mars and the moons of Saturn and Jupiter.

As the government led projects advance beyond Earth’s orbit, commercial applications are quickly expanding. Inspired by SpaceX and Blue Origin, Rolls-Royce is also thinking about Helium-3 as one of the resources driving their investments in a nuclear powered rocket. The same reactor could then power mining operations on the Moon and Mars.

Soon, Yusaka Maezawa, a Japanese fashion billionaire, will go to the International Space Station (ISS) as the first self-funded astronaut on the ISS since 2009, and as early as 2027, the ISS may have competition for space tourists. Orbital Assembly Corporation is currently preparing Voyager Station as a luxury hotel in orbit.

Ahead of the first Artemis trip, SpaceX is planning a commercial flight around the Moon for 2023 largely funded by Yusaka Maezawa, the same Japanese billionaire going to the ISS. He wants to take 6 to 8 artists around the Moon, so they can share its beauty with the world.

The costs of some forms of space tourism could decrease. Space Perspectives and World View will soon start balloon trips to the edge of space. The trips could be as fast as 6 hours and cost as little as $50,000. Space for Humanity is a non-profit organization wanting to pay the cost for community leaders to visit space and see the Earth from outside the atmosphere.

The space sector has a 3-stage plan to get to Mars and beyond using the Moon as an intermediary. As a result, space tourism is likely to follow on the heels of other commercial space enterprises such as mining.

As space tourism expands, more people will experience a personal view of the Earth and space outside Earth’s atmosphere. Astronauts often report a paradigm shift called the overview effect upon seeing the singular beauty of Earth in its context of the vastness of space. Astronauts often return home with a desire to enact change. As more citizens experience the overview effect, society may see climate activism as imperative rather than a luxury.

However, tourism is often accompanied by negative effects on the local area including pollution and the depletion of resources. Increased launches to space also mean increased pollution both here on Earth and out in space (i.e. space junk). If we are not careful, we may accelerate the degradation of our planet at the same time that we view first-hand the reasons to conserve it.