Will fusion be the solution to the climate crisis?
Athena @ ST 23 September 2021 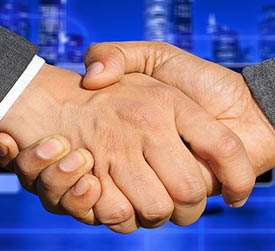 Fusion energy has long been a blue sky ideal of renewable, sustainable energy. It promises large amounts of energy made from readily available fuel and with far fewer safety concerns than current nuclear power plants. While the road to commercialization could take another couple of decades, the fusion industry is currently bursting with promises.

The European Union, China, India, Japan, Russia, South Korea, and the United States in cooperation with Australia, Kazakhstan, and Canada have combined their resources to test the feasibility of fusion with the megaproject International Thermonuclear Experimental Reactor (ITER). Earlier this month, an American company delivered to ITER a magnet large enough to pick up an aircraft carrier. This magnet will help to contain the plasma generated by the research project which has recently been delayed from 2025 to 2026 or even 2027. However, ITER is not intended to be connected to the energy grid. It will be serving, instead, as a proof of concept to help the partner countries develop their own fusion power.

China is making big leaps toward fusion power. And, both the US and UK governments are working toward ambitious projects that might connect a fusion reactor to the electricity grid by 2040. In August, a team of US researchers at Lawrence Livermore National Laboratory believe they have finally jumped one such hurdle. They achieved ignition where a reaction becomes self-sustaining which is an important research step in the development of fusion technology. And back in May, a British reactor at the Culham Centre for Fusion Energy installed a new type of exhaust system that will make fusion reactors more durable and efficient with less down time.

However, it is the private sector that is really ramping up. The number of companies pursuing fusion energy have nearly doubled since 2016. The fusion industry has now raised $2 billion in private and venture capitalist funding. The Bill Gates backed Commonwealth Fusion Systems has recently created the most powerful magnetic field on Earth. They believe their research could lead to a fusion demonstration by 2025.

Why is this important?
It is a combination of improved safety and massive power that is currently driving the hype around fusion as the solution to the climate crisis. However, fusion is a moonshot. Researchers have taken decades to pass many hurdles with insufficient proof of fusion’s feasibility. Now, both public and private entities are betting more than ever on fusion’s eventual commercialization.

Most renewable energy generators cannot produce enough energy to satisfy modern demands. Current nuclear power plants produce plenty of energy, but, while they do not rely on fossil fuels, they rely on fission. Fission is the splitting of heavy elements high on the periodic table such as uranium. Fission produces nuclear waste that requires long term storage for thousands of years, and it can cause disasters such as Chernobyl and Fukushima.

Fusion would also produce far less waste and far fewer safety concerns than fission. The waste from fusion would require long term storage of less than 500 years, a small fraction of that from fission’s nuclear waste. And, whereas fission requires a chain reaction that is difficult to stop, fusion can be stopped fast enough that no wider outcome outside the reactor would occur. There would no longer be any threat of radioactive playgrounds while still renewably powering tomorrow’s energy demands.

With world demand expected to double by 2040, fusion is likely to only play a small part in the renewable energy mix for a few decades. After that, it could replace the need for any other type of energy generation, potentially powering space exploration. And, the private sector currently promises a faster path to commercialization which could increase fusion’s chances of gaining energy dominance sooner.

What do you think the future of energy is, and what are fusion’s implications for the future? Join our next Collaborative Foresight event, and tell us.