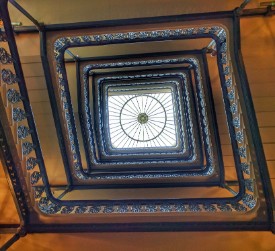 Quantum technologies have been building hype for well over 10 years. Finally, significant advances in the research are happening proving that these technologies are more than theoretical. How and when should society prepare for the impending changes from quantum technologies?

And, in June 2021, the University of Science and Technology of China (USTC) solved an even bigger problem using a quantum computer in 1.2 hours compared to 8 years for a supercomputer.

Despite the recent advances, quantum computing is still a nascent technology. It will likely follow the same trajectory as any other technology. It is currently transitioning from the government sector to the private sector which could soon mean social implications.

While quantum computers can solve complex problems in a fraction of the time compared to classical computers, that also means that our current cybersecurity is in danger during the transition to quantum technologies. As governments use these technologies for defense, global society could be at risk of a world where data leaks are an everyday occurrence. Organizations handling sensitive information need to find creative ways to protect their data from potential quantum hackers without the advantages of using quantum computers.