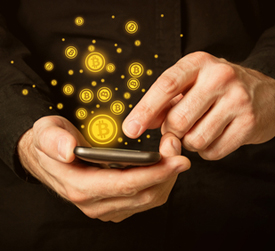 The future of finance could be dominated by blockchain technologies. A traceable global currency complete with an efficient infrastructure will not only result in massive cost reduction for all market participants, it will change global banking. Bitcoin will do for payments what email did for communication.

Learn More
What future opportunities and risks could arise for your organization from advances in blockchain? Develop your answer and response here.

Find the sources and more resources on Shaping Tomorrow’s ‘Future of Blockchain’ some of which were used in this Trend Alert, or ask us for our ready-made and free, in-depth PowerPoint report or more detailed GIST briefing on this or any other topic of interest to you.

Also, click here to find out how Shaping Tomorrow can help your organization rapidly assess and respond to these and other key issues affecting your business.