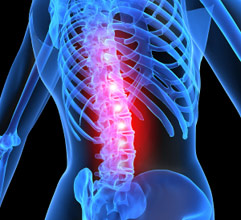 Bioprinting is an extension of 3D printing, for use in medicine and health care. Prosthetics are already receiving the 3D printing treatment, and becoming cheaper, more life-like and more functional. But bioprinting takes 3D printing well inside the body to print veins, bones and soon organs. It could transform the effectiveness of drug development and the availability of organ transplants.

Still predominantly in the research phase, bioprinting’s capabilities and successes are growing. As with general 3D printing, bioprinting uses a range of materials including bio-compatible plastics, metals such as titanium, cells and increasingly an individual’s stem cells. Its successes to date are in the ‘simpler’ areas, where thin tissue layers are needed – veins, arteries and now a trachea for a child. Bioprinting combining cells with electronics has created a bionic ear, capable of restoring hearing. It has also been used to print cells directly into major burns and other wounds, especially battle wounds.

More complex organs, such as eyes, kidneys, livers and hearts are also under development. The main challenge in these larger organs is creating the patterns of veins to enable blood flow through the tissues. But eye cells have passed the proof of concept stage; as has a tiny kidney which functioned for 4 months; and a first ever liver has been predicted for 2014 – although fully functioning livers are not expected to be available for 20-30 years. Hearts are predicted to be one of the ‘easiest’ organs to bioprint because of the nature of its functions, kidneys and livers are more complex, but again will not be available for about a decade.

Bioprinting is maturing and expanding as a sector. There are now approximately 80 institutions worldwide conducting research, developing the printer technologies and applying the capabilities in ever more complex areas. Despite its growing potential, and two recent reports explore its market growth, research funding remains relatively low. In the USA, at present, bioprinting receives approximately $500 million, in comparison with $5 billion for cancer research and $2.8 billion for HIV/AIDS research.

Other tangible indicators of the ‘maturing’ of bio-printing are the announcement of the first ever Master’s degree and the first global conference. The master’s degree is the result of an international collaboration between universities in Australia, Germany and the Netherlands – which should begin to develop the range of critical skills – a mix of IT, CAD and biology.

Body on a chip technology may be one of the first major areas of application for bioprinting, rather than actual organs. They use a similar approach to organ printing, but aim to put the functionality of organs onto a chip, so that they can be used for drug and toxicity testing. Liver and other functions have been achieved and a ‘full body’ on a chip is the aim of US research. The benefits will include faster and more effective drug development; about 30% of drugs fail at the human trial stage because of differences in functionality between animal and human tests. With the cost of drug development ranging from $3.7 to $12 billion, and an average of about $1 billion, and a time to market of 12 years, and drug companies facing ever greater challenges in developing effective drugs, the potential of body on a chip technology is huge.

Small scale organ tissue samples are expected to be on the market this year. Liver, lung, breast and breast cancer tissue, and muscle tissues are all under development and will be sold to medical research labs soon, some as early as 2014.

Longer term, bioprinting could address the shortage of transplantable organs. Organ transplant waiting lists are growing: about 120,000 people in the US and about 64,000 in Europe are waiting for organs at any one time. Organ donations, primarily from deceased donors totalled only 9534 in the EU, enabling just over 30,000 transplants and a similar number of operations in the US too. Many die while waiting. Bioprinting organs using an individual’s own stem cells could not only increase the availability of organs but also improve survival rates with earlier intervention and lower rejection rates.

Bio-hackers and criminals or terrorists could abuse the technology. Bio-hackers have already posted online how to bioprint E.coli into a petri dish; the problem may be inadequate security rather than deliberate malpractice, leading to infections. But terror groups or criminals could use the technology deliberately to spread infected biological organisms.

As the technologies to develop of stem cells improves alongside that of bioprinting, we may see the requirement to store personal cells for future use. Such requirements might start with soldiers and emergency responders, or others likely to receive significant injury, to store their own cells so that in the case of major injury, more rapid treatments are possible.

Bioprinting is in its early days, but has emerged from its rather speculative ‘science fiction’ image and is maturing as a technology. Investment is needed at national and international levels, by government, academic and corporate organisations, if its potential is to be achieved. The opportunity is there, but skills in many areas are also needed.

To find more resources on Shaping Tomorrow about bioprinting which were used in this Trend Alert, open the report called Bioprint: go to Watch, then reports then Bioprint, or search on bioprinting.

Click here to find out how we can help your organisation rapidly assess and respond to these and other key issues affecting your business.