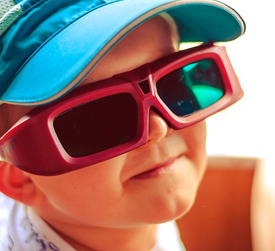 Virtual Reality is a key trend for 2016, attracting $15-30bn in sales by 2021. In 5-10 years it will be an integrated part of peoples' lives. We bought a basic VR headset and showed off its capabilities to our associates. They were universally amazed by its possibilities. Read on to discover how the incumbents are developing VR for the future.

Add your answers in the Forums inside these links.

Find more sources and resources on Shaping Tomorrow , some of which were used in this Trend Alert, or ask us for our ready-made and free, in-depth PowerPoint report or more detailed GIST briefing on this or any other topic of interest to you.

Also, click here to find out how Shaping Tomorrow can help your organization rapidly assess and respond to these and other key issues affecting your business.

Ask us to show you how you can produce similar, private Alerts for your stakeholders on topics of interest to you.