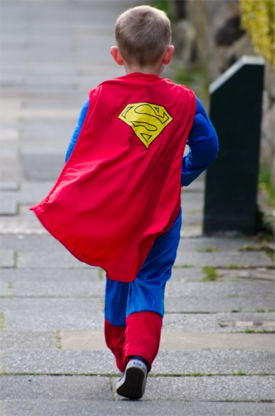 A recent study from the popular parenting webportal Baby Center reveals that Millennial parents show more relaxed parenting styles than the generation of parents preceding them. “Millennial Moms are clearly reacting to the way they were raised,” says Mike Fogarty, at BabyCenter. “They reject the pressure they grew up with".

Parenting trends, even shorter fads, have ramifications outside of individual families. Social moods, ideas and perceptions of new parents affect consumer needs, product development and the way these are advertised. Generation X were born into a cultural revolution where other issues than children’s well-being topped on the public agenda. But when the Boomers started having children in the early '80s a new emphasis on children’s happiness, safety and welfare started to emerge. Bemoaning their own parents' laissez-faire style parenting, Gen X continue the overly engaged parenting styles of the Boomers, with some modifications. The child focus has given rise to extremely well profiting child safety industry and family sitcoms. Awareness around child predation grew and became embedded into a 24-new cycle, which prompted growth in organized activity and sports because parents were too worried letting the kids play unsupervised outside.

Over the past two decades parenting philosophies that revolve around the idea that children are vulnerable and in need of constant protection have taken a stronghold at the expense of philosophies that emphasize their strength and resilience. We see the side effects of this trend in the cartoonized overly zealous, ever-present helicopter parent, also known as the curling parent in some countries. This is the caricature-turned-real cheerleeder parent sitting on pins and needles on the bleachers with a custom made trophy lest the coach hadn’t prepared one for every attendant, even the the failing ones. It’s the mother who gets all panicked by a fall that might involve minor scrapes. It’s the father who pesters his son’s teacher to change his B+ to an A. And it’s the parents who lament that the outdoors are "so much dangerous nowadays", oblivious to statistics that would quickly tell them their own unsupervised childhoods were fraught with far more dangers. A growing mass of social buzz and newer studies, such as those presented here, indicate that we are at the height of an overparenting trend that is likely to have reached its inflection point already.

Pay attention to changes in advertisement and you will see resilience parenting is slowly becoming the new ethos. The recent Olympic themed ad “Pick Them Back Up” makes the point that it is falling and failing, not protecting and relentless winning that produce champions.

A recent study from University of Mary Washington shows that inappropriately high levels of parental control correlates with negative well-being outcomes, such as depression and perceived low levels of autonomy and competence.

A final imperative is to study the link between parenting styles and other forces in their macro-environment. At the moment parents are under tremendous pressure. Keeping up hopes in a mostly jobless recovery, parents who have seen much of their personal savings plummet are facing skyrocketing college tuitions and a globally competitive environment where both enrollment, scholarships and future career opportunities for their kids are everything but certain. The parents of the current generation of high school students are the first to be worse off than their own parents and are deeply worried their own children will face worse prospects than themselves do. Resilience parenting which is mostly a hand-off approach becomes both a difficult goal, yet the most viable strategy for navigating uncertainty in this new social landscape.