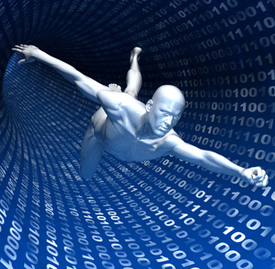 For many people, those in rural areas, developing countries or those with low incomes, reliable and affordable internet access remains out of reach but a combination of wireless technology and community efforts are changing that through the creation of meshnets.

Meshnets are peer-to-peer (P2P) networks comprised of nodes consisting of a radio receiver and a computer which relay messages from other parts of the network.  Meshnets are usually community based covering a specific geographic area.

Meshnets are usually created to meet two goals: connection to the internet and control.  In rural areas, where internet access is often slow, unreliable, expensive or unavailable, meshnets can provide a low cost reliable alternative.  One of the first meshnets, which began in 2002, is in Greece.  The Athens Wireless Metropolitan Network (AWMN) has more than 1000 members and provides internet access 30 times faster than the service provided by the corporate telecommunication providers.  It is free to join; all that is required is the equipment which is available at low cost.

The Guifi network in rural Spain provides access to over 21,000 members.  It is a combination of fee for access, equipment and subsidised access depending on location and usage of members.

In the USA, a virtual meshnet, Hyperboria, provides a private internet on top of the public one.  It is a virtual layer providing secure, open, P2P access to the internet using existing public key infrastructure to provide access and security.  In this example it is actually running on the existing internet infrastructure but runs P2P with no centralised servers.

These are but a few examples with meshnets now available or being organised in many countries around the world.

Meshnets provide several advantages over traditional internet infrastructure.  One can be created from scratch without expensive infrastructure.  It is easy to add additional users. Unlike traditional infrastructure which must be run to each household adding to the cost and time to establish service, and preventing many rural residents from having access, meshnets use wireless technology.  A meshnet can be set up quickly and cannot be shut down by a central point.

In 2011 Egypt shut down access to the internet during civil protests.  The same year, San Francisco shut down cell phone service on its transit system to stop a protest.  Occupy Wall Street protesters made use of a meshnet to ensure their communications were not monitored and prevent retaliation to participants.  In 2012 after Hurricane Sandy, Brooklyn residents made use of a meshnet after internet access was knocked out by the storm.

In light of recent revelations about NSA monitoring of internet traffic, with some estimating the NSA monitors as much as 50% of all global internet data, it can provide an alternative to unwanted surveillance.

A meshnet allows people to control their own access to the internet and in many cases provides access where it would be otherwise unavailable or unaffordable.  This creates opportunities for communities to bypass the large telecommunication providers and offers reliable, affordable access.  In times of civil disobedience or natural disasters it may be the only way to provide communications.